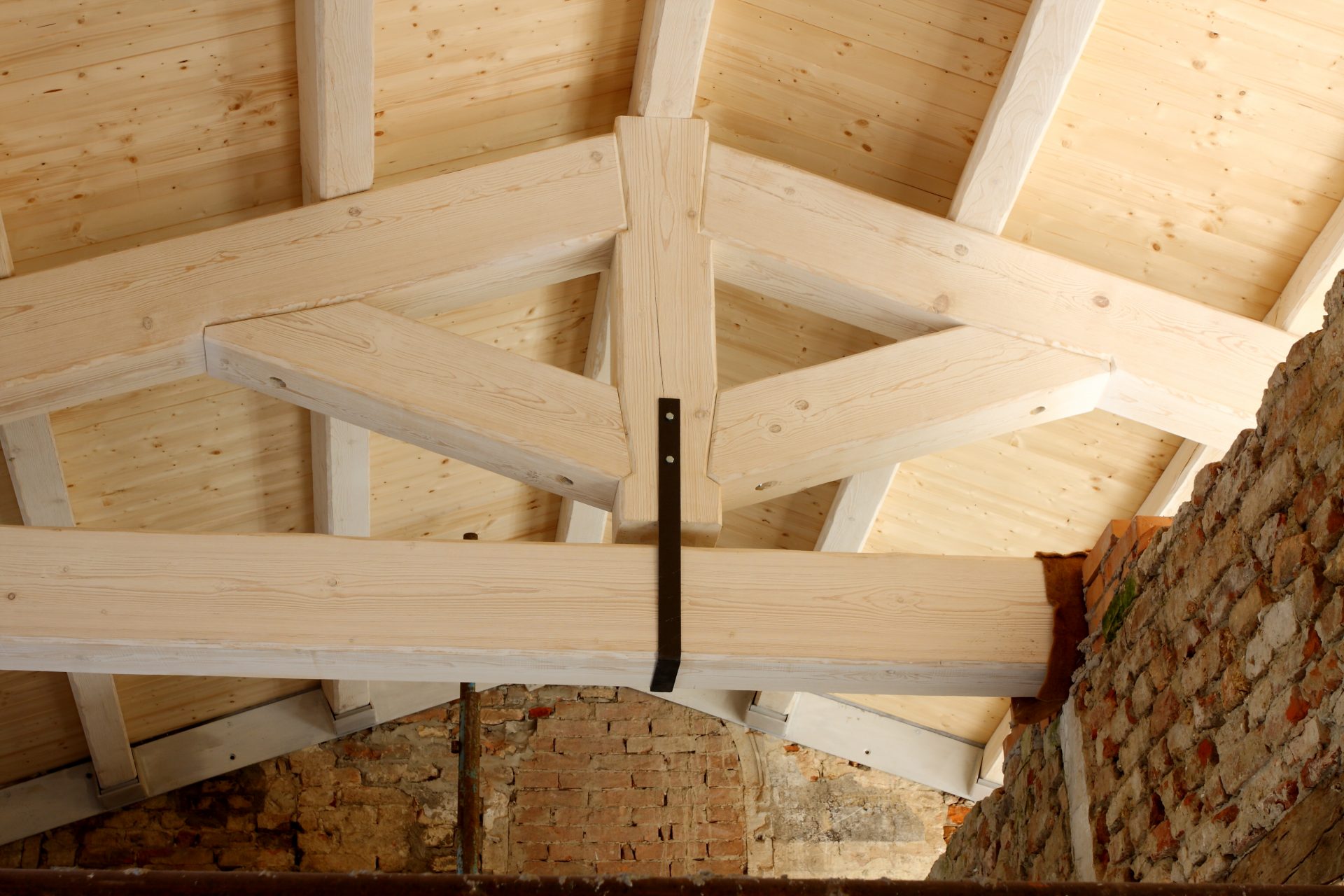 Grosso Products, Grosso Roofs and Slabs
Back to blog

Let’s start with the basics. It is a triangular-shaped architectural element used to support pitched roofs and is particularly suitable for roofs with large spaces without intermediate supports. The truss not only allows you to cover large spans, but gives the structures greater rigidity.

The truss in its primordial configuration is composed of only three elements: two inclined top chords and a lower tie rod, called bottom chord. Over time, however, additional elements have been added to give greater rigidity to this architectural element. The king post, which is the vertical beam usually placed in the center of the truss directly below the ridge, which can never rest on the chain because it would compromise the static nature of the truss (however it is often connected to it with a metal “U” bracket); the struts, which are two inclined beams in the opposite direction to the top chords and rest on the lower part of the king post. They have the function of support and section breaker (= which decreases the inflection span) for the top chords. 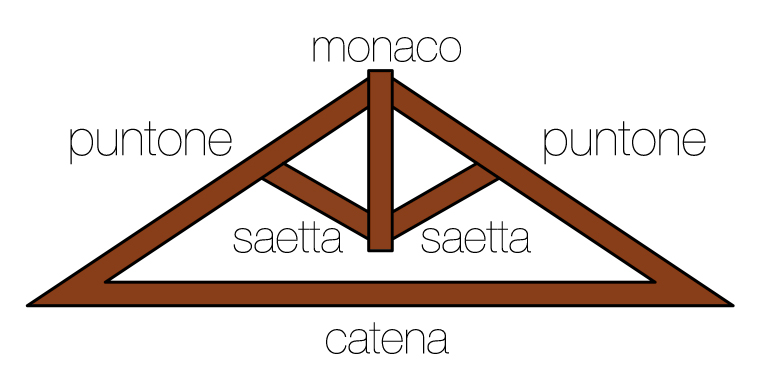 The truss most used today remains the Palladian one, but with wood and many years of experience we can create all types of this spectacular architectural element, so if you want one for the structure of your dreams, don’t wait, contact us now!